5 Ways to Make Social Media Work for your Business

These questions and more were answered in the latest edition of the STARTUP GRIND event series, on April 20th, hosted by HUB Singapore. 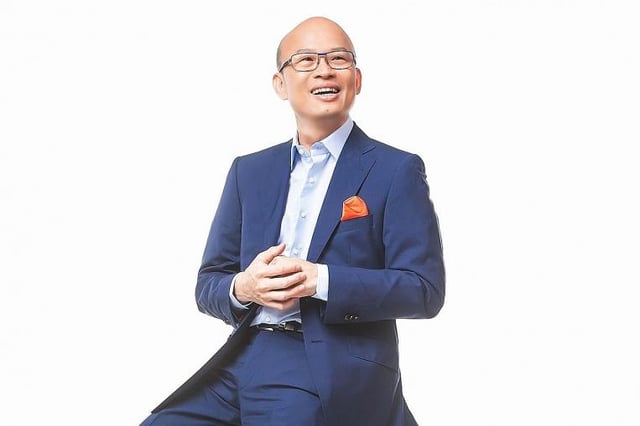 The Hub was packed and the atmosphere was electric with young entrepreneurs, corporates and startup innovators, who all came to the session to get up close and personal with Peng Tsin. Ong, Managing Director of Monk's Hill Ventures – one of the top Venture Capital firms in South-East Asia with an investment focus on tech startups that are based on or targeting ASEAN nations.

Before running a successful VC firm, Peng Tsin. Ong built his career on the other side of the fence, as the Co-Founder and CTO of Match.com (an online dating site) which was acquired by IAC. After Match.com, he founded Interwoven (produces content management systems), which went public on NASDAQ and grew to a $10B market cap, before being acquired by HP. After Interwoven, Peng founded Encentuate (a software product) which was acquired by IBM.


With his incredible track record of catapulting startups into the international stratosphere, he had some invaluable insights to share at STARTUP GRIND powered by HUB Singapore.


When asked what his motivation was to start his own Venture Capital fund, Peng said that being an entrepreneur allowed him to contribute to raising the profile of the South-East Asian startup scene, but a Venture Fund is able to affect the ecosystem in a wider way, by empowering an entire community of entrepreneurs with the tools they need to build the businesses of the future.

Peng not only looks for inspiring leaders but in particular entrepreneurs who are going after great chunks of the economy with Tech. When asked about investing in startups in the education, healthcare or education industries - which are primarily regulated and dominated by government bodies – Peng said that in his experience, innovation tends to be slower in these areas, and hence investment is also not as readily available.


The South-East Asian market has a high potential for growth but now is our time to start having conversations with the rest of the world as a peer. But we will only be able to do this through offering superior products and services on a world-class scale.


Monk’s Hill Ventures wants to be responsible for growing the next generation of entrepreneurs in South-East Asia and putting our region on the world map for innovation and enterprise.


While a bubble in the U.S ecosystem has burst, and the same is starting to happen with China and India - Peng still sees a lot of potential within the South-East Asian region and thinks this is a prime time for growth.


Of course growth is relative to different sectors.

For example, the hardware sector will find it hard to get investment in Singapore because hardware companies require heavy investment commitments and there is not the right expertise or scale to do so in the Singaporean market. However, such companies might find the Hong Kong market a more fertile bed for growth.


If you are an entrepreneur looking for success, focus on value creation in the real economy. The ability for using innovation to create value in our society is just starting to be appreciated. Entrepreneurs can create a disproportionate amount of value in economies just by using innovation.

Peng often does not invest in companies with variable cost atoms. Companies that create value only with information are desirable because the capital efficiency of the money you raise is higher.

His best advice to entrepreneurs?

Be very clear and aware of your intentions and of “why” you are starting your business. Focus on creating value in the society and the economy. And do not be influenced by the sometimes ridiculous valuations of startups that you might see in the news. The funding system is opaque and biased. A sensational valuation may not co-relate to actual value creation, and that is the only thing you should be focused on.

Scaling A Venture Through Partnerships

4 Steps To Your Most Compelling Story

7 Ways to Retain Talent & Reduce Employee Turnover in Your Startup

Talent Management Tips for your Startup